About one kilo meter away from Kakunodate station, the wooden building which has a store curtain at the entrance is located at the road in the west from the old samurai residence street by a road. It is Sobakiri Chosuke, where we can enjoy eating a handmade soba noodle.

In this year, it has passed fifteen years since the restaurant was open, and the buckwheat flour for the soba noodle is prepared from growing to grinding by the restaurant in Senboku city. The local production for the local consumption is recommended in this farmer’s soba restaurant, and it is shown in the notice at the entrance.

Originally the owner did not plan to run the restaurant and he only cultivated the soba at the beginning. But unfortunately it was not well sold as expected because at that time in Akita, there were few restaurants where handmade soba noodles could be eaten. To resolve this problem, he decided to open up the restaurant by himself, and his idea was achieved as the so-called farmer’s soba restaurant. “Sobakiri Chosuke” is named after his house name, and it is a familiar name in the local community because the farmers could not use a family name a long time ago.

The most competitive point in the farmer’s soba restaurant is “freshness” of the ingredients. Because a soba noodle is a very simple food, a flavor of the ingredients directly appears in the dish. In fact the
buckwheat flour is ground from the previous night to the morning at Sobakiri Chosuke. The freshness dramatically improves the flavor, and it is easy to see the difference in the first bite. Particularly in the case of the soba noodle made without flour, the flavor spreads in the whole mouth and goes through the nose. In addition there is also small sweetness.

Hideo Suzuki, who was the owner of the restaurant, answered to this interview. He looked quite gentle and it was noticed that his friendly smile was also the factor to make the taste better. All the clerks in the restaurant also looked working with a friendly smile. In fact they were all his sons, and the farmer’s restaurant was run by his family.

The reason why he began to start cultivating the soba was “the policy of acreage reduction.” Originally he was a rice farmer, and due to the policy there were the vacant lands to be considered how to use effectively. At that time, the fellow farmer brought the soba from South-Aizu, and cooked the handmade soba noodle for him. After eating it, he was fascinated the soba and began to cultivate it in the vacant lands from the seeds given by the fellow farmer.

After ten years he began the cultivation of the soba, “Takamine Ruby” introduced by Prof. Teruo Ujihara, who was the leading researcher of the soba. Currently the most popular food “Akasoba” in this restaurant is made of Takamine Ruby.

Through the several encounters, he was changed from the rice farmer to the owner of the farmer’s soba restaurant. He made it important to talk with the customers, and said “It is the most pleasure that the customers get happy with our dishes and service.”

All the encounters was not incidental but should be natural because the character of the owner is so attractive that many people have an interest in him. “Sobakiri Chosuke” is suitable for the name of the restaurant since the house name is the most familiar name for the owner family in the local community as mentioned above.

“Akasoba” is the most recommended dish in Sobakiri Chosuke as mentioned in the above. It is made of “Takamine Ruby” originated in Himalayan district. It is difficult to cultivate and its harvest is small. The reason why it was cultivated in Senboku city is in the following.

The beginning was the speech by Prof. Teruo Ujihara in Senboku city ten years ago. He studied the breed improvement of Takamine Ruby and many details were obtained through the conversation. By considering the obtained information, Hideo concluded that it was possible to cultivate it in Akita, and hoped that its rarity would make a benefit. The main reason why it is rare is that Takamine Ruby is originally grown in a cold climate. Because its flower blooms in late season, there is no bees to make pollination. As a result, its harvest is about half compared with the general soba.

Because the seed of the soba is reused from the last harvest, the price of Akasoba is made lower although Takamine Ruby is expensive due to its rarity. Akasoba made of Takamine Ruby tastes better than other soba noodles. It definitely tastes soba but its texture is close to Sanuki udon, and it has unique elasticity.

Contrary to the hard condition, it was successful to cultivate Takamine Ruby in the land of Senboku. The reasonable price of Akasoba is achieved because it is cultivated by the owner of the restaurant. It is strongly recommended to eat Akasoba at Sobakiri Chosuke during the visit to Kakunodate, and to enjoy its texture without question.

Notes: When you get hungry during the sightseeing, please go to Sobakiri Chosuke. To enjoy a flavor of the soba noodles, the style of the bamboo basket is recommended. When you swallow a bite of the soba noodle from the bamboo basket, its texture feels very good. By biting it repeatedly its flavor spreads in the mouth, and a little sweet dipping sauce brings out its flavor. You can take out “a soba-flavored soft-serve ice cream” and enjoy eating it while walking. 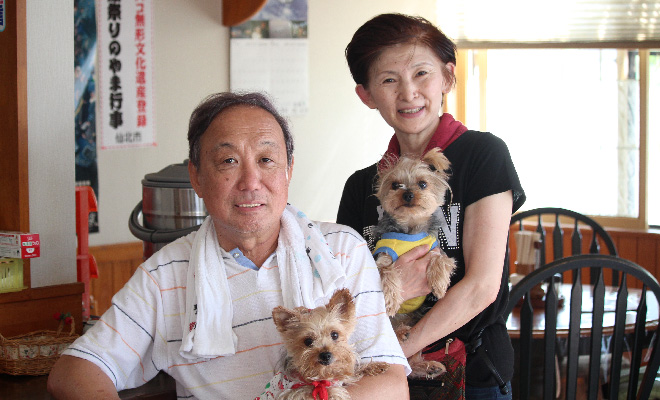 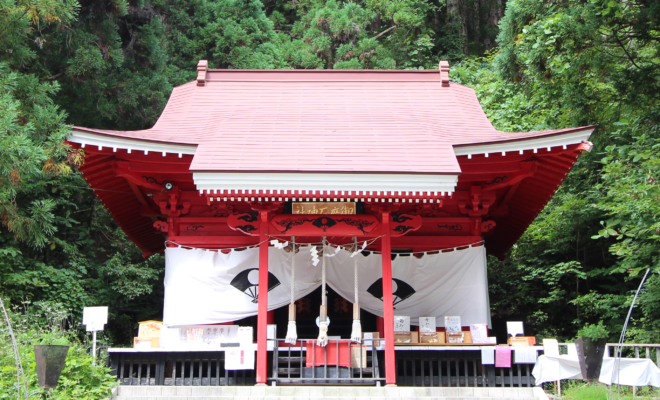 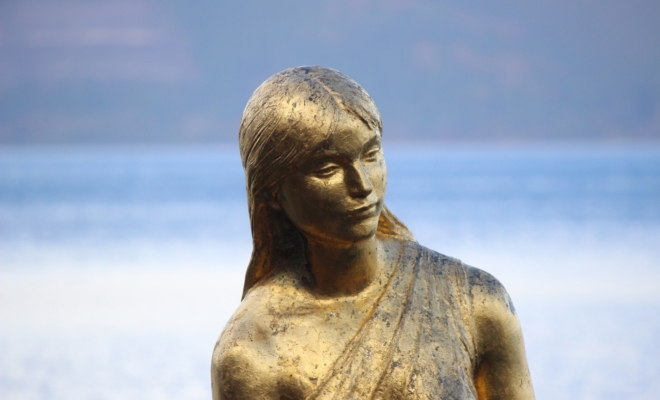 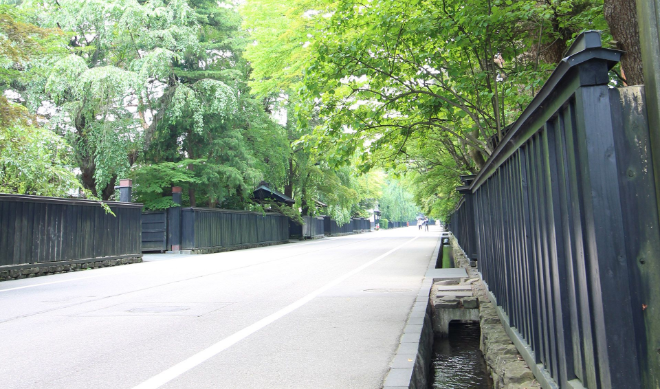